Environmental pollution caused by the use of chemical products as well as by the intensive exploitation of the soil is an increasingly topical emergency that now involves all the countries of the world.

Human activity, changes in land use for agriculture and increasing urbanization have led to the loss and degradation of many natural habitats. Furthermore, intensive agriculture has contributed to depleting rural areas of biodiversity, leading to the disappearance of a diversified flora. The increase in the use of pesticides and fertilizers including insecticides, fungicides and herbicides is directly linked to the change in land use: these "allies" of contemporary agriculture have literally invaded the environment by modifying biodiversity and, in the most severe cases, causing ecological damage that affected many insects, including bees.

Bees are among the most important and widespread pollinating insects, that is to say insects that transport pollen from one flower to another allowing pollination and therefore the formation of fruits. "Bees and other pollinators such as birds and bats, affect 35 % of world crop production, facilitating the production of 87 of the main food crops worldwide".[1] Bees are therefore a fundamental part of food production, and as such they must be safeguarded.
MATERMACC KIT FOR BEES PROTECTION
Matermacc has always cared about ecology: one of the company’s objectives is to attract its customers by offering products that satisfy both the practicality operation and the environment protection. This includes not only the preservation of bees but also of other species which are essential to the ecosystem.
To pursue this goal, all Matermacc precision planters can be equipped with a Bees-kit specifically dedicated to the preservation of the above mentioned species which consists of conveyors applied to the planter fan that divert the flow of tanning dust towards the ground instead of the atmosphere. This important precaution avoids the risk of poisoning these insects that are so important for the ecosystem.
FURROW OPENERS KIT FOR FERTILIZER BURYING: MATERMACC SOLUTION TO REDUCE POLLUTION CAUSED BY CHEMICAL FERTILIZERS
MaterMacc cultivators are equipped with a unique system for burying the fertilizer. It is now prohibited to broadcast fertilizer on surface in several countries: in addition to pollution, it causes the waste of fertilizer (with a consequent increase of farmers input costs) which instead needs to be well localized to get the best results possible. Certain fertilizers are also toxic and poisonous for aquatic fauna: for the same reason, broadcasting near water streams should be avoided. The Matermacc shoe/double disc opener kit for the localized burying of fertilizer, allows to bury the fertilizer exactly where it is needed, close to the plant, saving product and, above all, protecting the biosystem.
The innovation does not only concern the cultivators: even the precision planters of the Italian company are in fact set up for burying the fertilizer through a special disc coulter. The opener creates a furrow in the ground where the fertilizer is displaced: the working depth is adjusted by means of a special support, taking as reference the graduated scale. 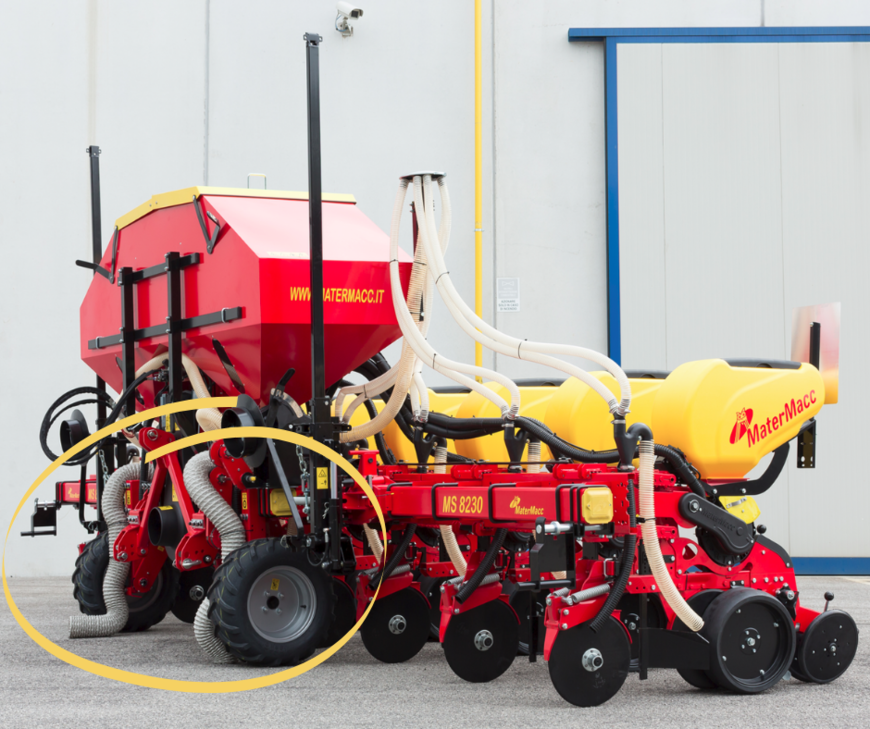 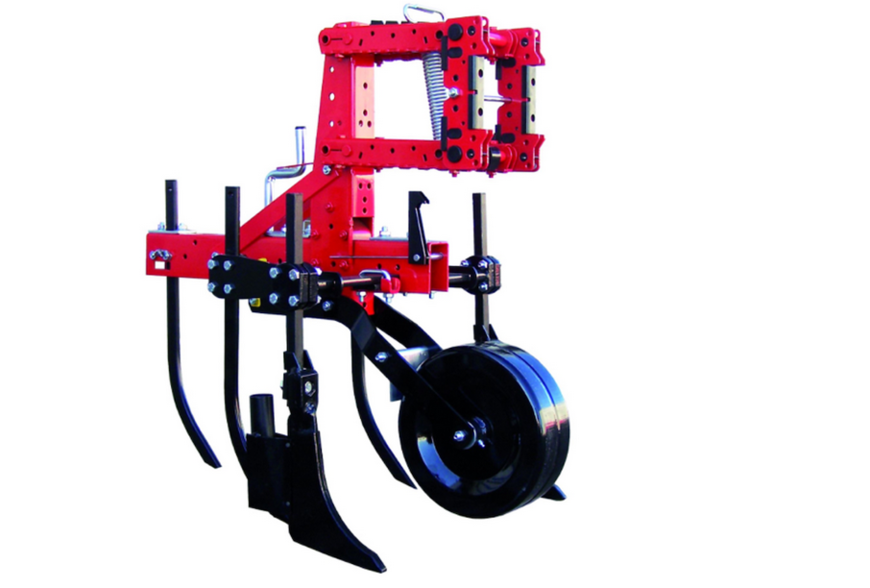