SOWING OF SORGHUM ON MINIMUM TILLAGE

SOWING OF SORGHUM ON MINIMUM TILLAGE

Minimal tillage is a technique that came into vogue about 40 years ago, born with the aim of limiting as much as possible the tillage before sowing. In this way, the most expensive operations (plowing) and the related costs in time and labor are saved. Requiring one less step than the conventional technique, the minimum tillage causes less disturbance to the soil, keeping productivity almost unchanged.
The less the soil is worked, the more solid and resistant the seeder used must be and the greater the load on the ground of the operator element must be. For this type of processing MaterMacc offers the MSD cereal seeder in the Combi and Combi Folding versions, single or double disc version, with a load on the ground up to 45Kg.
In Pralormo, in Italy, the Bonetto farm has chosen to sow sorghum on non-worked soil with the MSD Combi Folding pneumatic seed drill for cereals, in combination with a rotary harrow.
PNEUMATIC SEED DRILL FOR CEREALS: THE DETAILS OF THE MACHINE ON THE FIELD
MSD Combi Folding is the pneumatic in-line seeder for sowing cereals, forages and rapeseed (and many other crops thanks to the new dispenser). The particular folding frame allows to reach working widths ranging from 5 to 7 meters.
The MaterMacc seeder in the field in Pralormo is already active with 200 hectares sown and will conclude the season with approximately 700 hectares worked. In autumn, triticale and wheat will be sown in the order of 260Kg / ha.
The crop currently sown is sorghum at 22Kg / ha, easily set with the new MagicDrill Model of the Year 2022 dispenser, using the small-seed spool. The dosing system has been totally redesigned by the R&D department of the italian company to ensure optimal performance and greater consistency of distribution with each type of seed. The variable cell spools of the MagicDrill seed distributor can be used individually, in the case of sowing small seeds, or operated simultaneously to obtain sowing rates up to 450 kg / ha at an average speed of 10 km / h. The selection of the most appropriate spool is done manually with extreme simplicity and in a few essential movements.
One of the main strengths of the MaterMacc pneumatic seed drill is the presence of 4 dosers divided into 4 sections that can be electrically excluded when needed. This guarantees good homogeneity of distribution with large seeds but especially with small seeds such as rapeseed, for example, which has very high costs and therefore must be meticulously monitored. The dosers are driven by an electric motor and controlled by the MaterMacc X4 sowing monitor. This monitor allows you to change the sowing investment quickly by setting the desired value, and also controls the sowing flow for each section. The tramline functions and sowing exclusion are optional and integrate with the X4 monitor.
The seeding depth set by the customer is 2 cm with the single disc element and depth wheel. The customer also decided to sow on harvested triticale: to maintain excellent performance even in the presence of crop residues, MaterMacc seed drills for cereals are designed and built with an optimal distance between the rows of the elements equipped with a self-cleaning disc that cuts the residue instead of dragging it.
The hopper of the seeder is attached to the front of the 320hp tractor which, with the set-up consisting of seeder and rotary harrow, ensured the achievement of a seeding speed of 10km / h.
MATERMACC SEED DRILL FOR CEREALS: MSD COMBI FOLDING… IN FACTS
Working widths from 5 to 7 m
Minimum inter-row of 12.5 cm
Road size 2.54 m
4 dosers with 4 distribution heads
Front hopper capacity 1800 L
Seeding speed up to 10 km / h 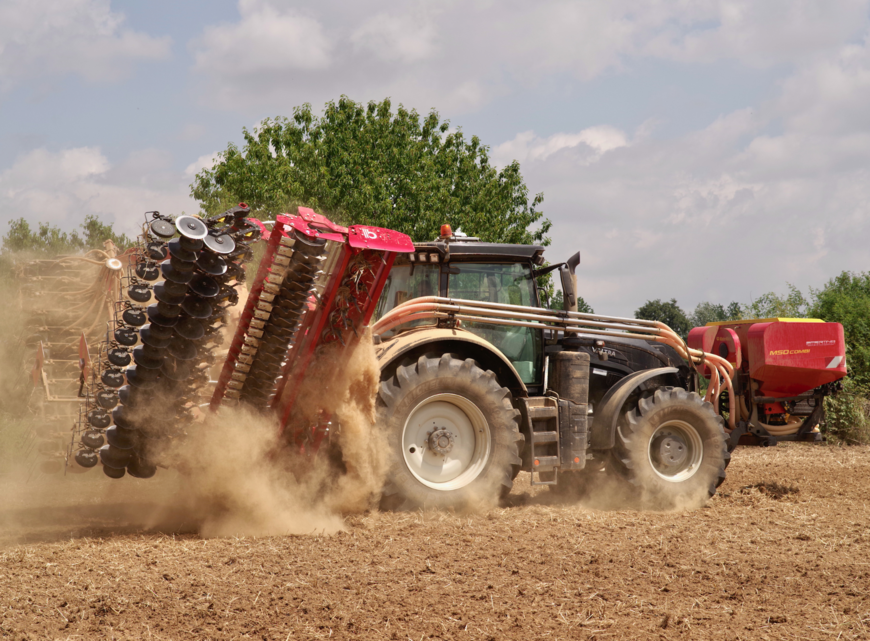 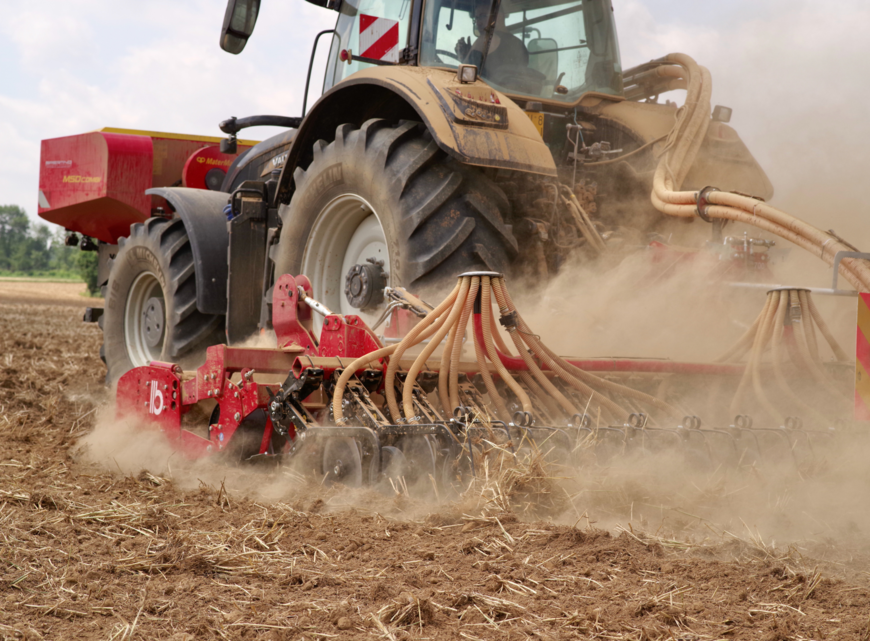 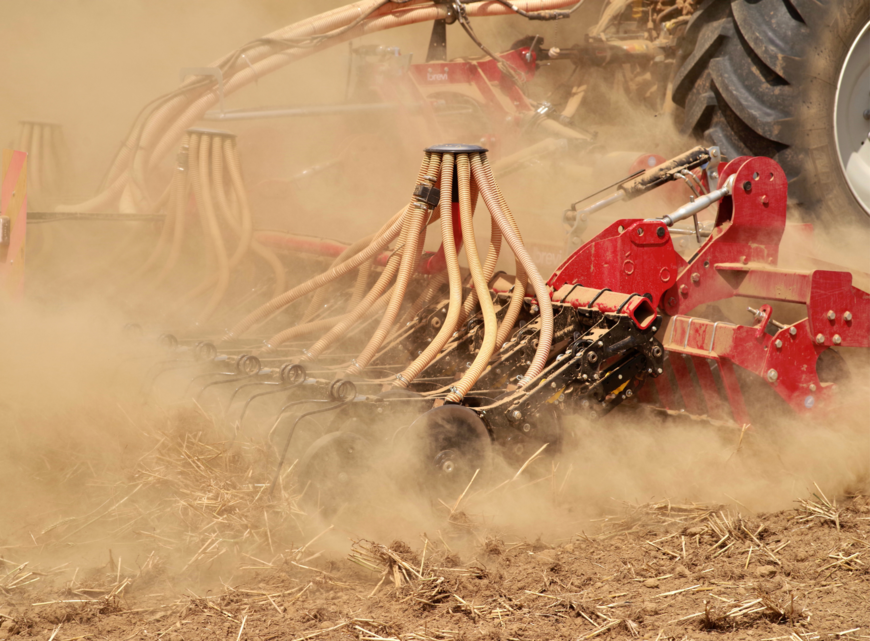